When a car accident robs businesswoman Kyra Tierney of her best friend, she finds herself the proud–or rather, bewildered–mom of a newborn. She can hardly accept help from builder Dylan Jones, even though both she and the baby find him irresistible!

Christa Sullivan has been devoting herself to nursing her recently injured teenage daughter back to health and life. But when her daughter responds well to former rodeo cowboy Jace McCandless, how can she push him away…even if he has lost his way?

And a mom who’s getting…hitched?

For Leila Foster, most guys aren’t good enough– including too-hot detective Mark Duncan. And when her mother announces that she’s getting remarried, Leila is utterly horrified. Now Leila’s mom has a new lesson to teach her daughter about taking a risk on love…and it could be the hardest yet!

At 11:26 A.M. on a Tuesday morning in April, Kyra Tierney’s telephone rang. When she picked it up, her life tilted sideways and spilled into another realm entirely.

But at 11:23 she’d stood in front of the floor-to-ceiling windows overlooking the converted warehouse that contained the empire she’d built and wondered why she didn’t feel more satisfied. From where she stood, she could see a hallway of studios—large and small—with old redbrick walls and green plants thriving in the sunlight cascading down from skylights placed at intervals throughout the building to allow natural light to heat and illuminate the space below. There was a café, the Ganesha Room, sprawling in one corner, with large windows overlooking the downtown Denver street beyond.

This was Yogariffic, the megastudio grown from a tiny storefront seed Kyra and her college roommate, Africa, had planted the day after their college graduation. Africa, who was not, as people often imagined, a willowy black woman with hair cut close to her head and cheekbones to die for, but a willowy white one with flowing hair down to her tiny bottom and lips like Angelina Jolie’s. Her real name was Amanda, which was much too soft a name for a woman like that, a crusader and—well, it had to be said—sometimes a flake. Someone in college nicknamed her Africa when she was raising funds for some crisis or another in that war-and famine-torn place. It stuck.

Below, in the warehouse, the day was cranking up to full speed. Businesswomen on their lunch hours hurried in to take one of the seven varieties of yoga they offered—hatha and vinyasa, kundalini and Iyengar, among others—or belly dancing or hula or Nia. College students came in to curl up and study in the all-organic, all-vegetarian café. Yogariffic employed an acupuncturist, two massage therapists, an Ayurvedic practitioner and an herbalist who consulted in a tiny bricked room.

Kyra was the vision and brains behind it. Africa was the face and personality—at least when she was around. At the moment, Africa was extremely pregnant and living in Wales with her husband until the baby was born, when she promised to be back.

Kyra somehow doubted it. For the first time, Africa was deeply in love. She’d met her Welshman, Thomas Rhys, on a business trip to London, and the pair had fallen wildly, instantly in love. After carrying on a long-distance love affair for a few months, they’d eloped, then commuted between Denver, London—where Africa supervised a new Yogariffic being established—and the tiny village in southern Wales where Thomas was born.

Africa’s defection left Kyra wondering what in the world she was doing with her own life. How was it possible that she was thirty-eight years old with no husband or children, no family at all? And the business into which she’d poured all her energies sometimes seemed out of control, a thing separate from her.

Looking through the floor-to-ceiling windows, she felt absolutely nothing. It was highly profitable and green and honorable enough, she supposed, but where was yoga in all of this, that balancing, quieting practice? In her seventy-hour weeks and the ordering of yoga mats in thirteen colors (some with paisleys, some with stripes) and the extremely expensive teas they sold in extremely expensive tins and the glossy magazines that touted new products to make you more lithe and flexible and have better sex and look great—where was the yoga? Africa loved all the extras and insisted that they would turn a profit with them. It turned out they were doing much better than just making a profit—they were getting quite wealthy—but sometimes Kyra wondered where the original vision was. Buried in the café beneath the yerba maté in earth-friendly mugs?

When she picked up the telephone that rang at 11:26, a male voice with a thick, rolling accent said, “May I speak to Kyra Tierney?”

“My name is Dylan Jones.” The voice moved right through her like the perfect opening cords of a song she wanted to learn to sing. “I’m afraid I’m calling with some bad news, Kyra. It’s about Africa.”

“What?” Kyra sat down, air leaking out of her as if she were a punctured balloon. “Is she all right?”

“I’m afraid she’s not,” the man said. Obviously the accent was Welsh. It was somewhere between Irish and Scottish. Sort of.

The man said simply, “She and Thomas were in a car accident. I’m so sorry to tell you they were both killed.”

Kyra heard him, but the words might well have been spoken in some other language. Swahili, say. Or Japanese. “Pardon me?” she asked. “Killed? Both of them?” Her lungs were empty and she tried to bring air back into them.

“Thursday last. We didn’t know to phone you till the will was read after the funerals.”

The will Kyra had insisted Africa write and keep with her. “I see.” Though she didn’t. “How did it happen, the accident?”

“A bad road.” His lilting, dark voice was laced with regret. “The locals have been on the council to straighten that turn for years.”

“Now, there is some good news. She’s fine. She was with a sitter. Which is why I am calling. You’re the child’s guardian, are you not?”

“She is. Poor little orphan. She’s a beauty, though, I can tell you that.”

“An orphan.” Kyra felt disoriented, as if she’d walked into a movie that was about someone else. It had been at her own insistence that Africa had made provision for her child-tobe; she had no living relatives, and the baby’s grandmother was too old to properly parent an infant. Sensible Kyra insisted Africa make a will and she had agreed to take over parenting rights if anything ever happened.

If anything ever happened—that never-never land. “Are you all right?” the man asked. “I’m sorry,” Kyra said. “I’m just…stunned.”

“Quite understandable. Would you like to ring me back when you’ve had a chance to think it over? There are arrangements to make and details to decide. All that.”

Kyra peered at the bustling hallways below, thinking of a baby without her mother. “I’ll come right away, of course. Let me make my arrangements and I’ll give you a call.”

“I’ll fetch you from the airport. Fly into Cardiff.” She wrote down the telephone number he gave her. “That’s my mobile,” he said. “I always have it with me.”

DYLAN HUNG UP THE phone and sat with it in his palm, the woman’s voice, squashed flat in shock, lingering along the nape of his neck. In the background, a clock tick-tocked on his mother’s wall, a noise that always sounded lonely and hollow to him—this is your life, ticking away. Tonight, in the gloomy rain, it seemed even more oppressive than usual.

Trying to dislodge the renewed sense of loss the phone call had given him, Dylan stood up and crossed the room. In a hastily acquired cradle, the infant slept, toes peeking out from beneath her blanket like a string of pink pearls. He reached over and covered them. Dear little thing. His mother would return from the market soon, and he could go get some sleep. Tomorrow would be a busy day. He had a project to get started for a local architectural firm and the visit to poor, addled Mrs. Rhys, his best friend Thomas’s mother and the babe’s grandmother. She’d been infirm for a time now, and the death of her only son had sent her over the edge. Even if she had wished to adopt the baby, it would not have been possible.

Now he’d have to fetch Africa’s chosen surrogate from the airport in Cardiff and make sure she had a place to stay. He was as demolished as a man could be over the accident that had taken his best friend and didn’t know where he’d find the energy for it all.

And yet there was no one else. He’d felt a bit sorry for the woman on the phone, the airlessness in her voice. What a sorry tale it was, the ill-fated union of Thomas Rhys and Africa Fletcher, who met by chance and fell in love and both got themselves promptly killed, leaving their child to the same fates that had been so careless with them.

The baby mewled softly in her sleep, a fist bobbing drunkenly in the air. He stood up to look at her, but she settled again, all luminous pinkness—ears and mouth and rosy cheeks—beneath the thatch of black hair she’d inherited from her father. God, who’d ever realized infants had so much perfectness about them?

He’d been bemused by this magical little creature since her arrival in the world. He’d spent plenty of time with babies, here and there. One did in a small village like this.

But this one stirred something in him. Fierceness. Protectiveness. Love, maybe.

His phone rang. When he answered, Kyra Tierney—a good Celtic name, that—said in her carefully guarded voice, “Mr. Jones, this is Kyra. I’ll be arriving at Cardiff tomorrow at 5:00 p.m. Will that be all right?”

“Fine.” He brushed his index finger over the baby’s tiny big toe. Her little mouth twitched, sucked in, went back out.

“Um…I don’t know. I guess I can wear…uh…a turquoise-colored blouse?”

“That’s what too much yoga will do to you,” he said lightly.

“I’m afraid I was just born a scarecrow.”

Her tone was so forlorn he chuckled. “Surely a blessing in today’s world?”

“All right—Dylan. How is the baby?”

He softened, looking at the tiny nose, her mouth smaller than a penny. “She’s beautiful. Healthy and strong.”

He pressed the phone close to his ear. “Tomorrow.”

AS THE PLANE CIRCLED Cardiff, on the southern coast of Wales, Kyra peered out the airplane window. They had flown above the clouds from London and now came out of them again, shaking suddenly free of the muffling cotton to see a world as mystical-looking as a fairy tale. So green—especially in contrast to the high-altitude grassland… 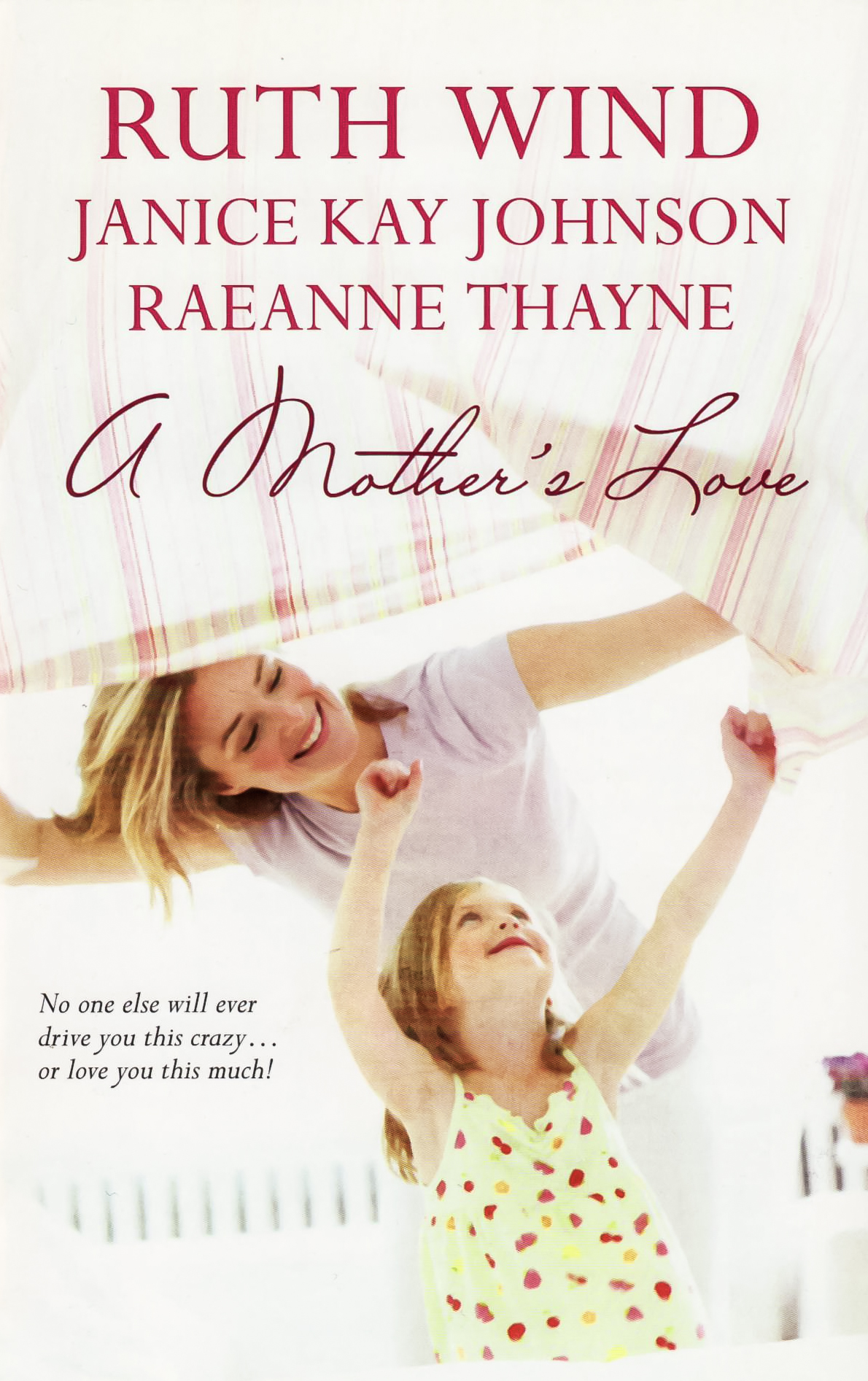